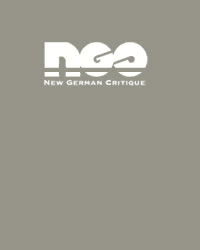 excerpt We replaced that expression with "culture industry" in order to exclude from the outset the interpretation agreeable to its advocates: that it is a matter of something like a culture that arises spontaneously from the masses themselves, the contemporary form of popular art. 12 on 2/29/2020, 7:51:34 PM

excerpt Thus, although the culture industry undeniably speculates on the conscious and unconscious state of the millions towards which it is directed, the masses are not primary, but secondary, they are an object of calculation; an appendage of the machinery. 12 on 2/29/2020, 7:52:23 PM

excerpt ical products. The autonomy of works of art, which of course rarely ever predominated in an entirely pure form, and was always permeated by a constellation of effects, is tendentially eliminated by the culture industry, with or without the conscious will of those in control. The latter include both those who carry out directives as well as those who hold the power. 13 on 2/29/2020, 7:55:18 PM

excerpt It impedes the development of autonomous, independent individuals who judge and decide consciously for themselves. These, however, would be the precondition for a democratic society which needs adults who have come of age in order to sustain itself and develop. If the masses have been unjustly reviled from above as masses, the culture industry is not among the least responsible for making them into masses and then despising them, while obstructing the emancipation for which human beings are as ripe as the productive forces of the epoch permit. 19 on 2/29/2020, 8:31:57 PM