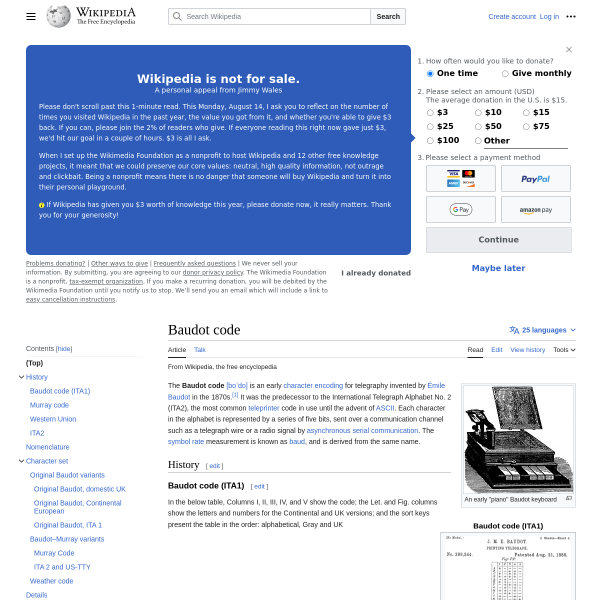 excerpt In ITA2, characters are expressed using five bits. ITA2 uses two code sub-sets, the "letter shift" (LTRS), and the "figure shift" (FIGS). The FIGS character (11011) signals that the following characters are to be interpreted as being in the FIGS set, until this is reset by the LTRS (11111) character. In use, the LTRS or FIGS shift key is pressed and released, transmitting the corresponding shift character to the other machine. The desired letters or figures characters are then typed. Unlike a typewriter or modern computer keyboard, the shift key isn't kept depressed whilst the corresponding characters are typed. "ENQuiry" will trigger the other machine's answerback. It means "Who are you?" on 6/22/2020, 7:18:49 PM