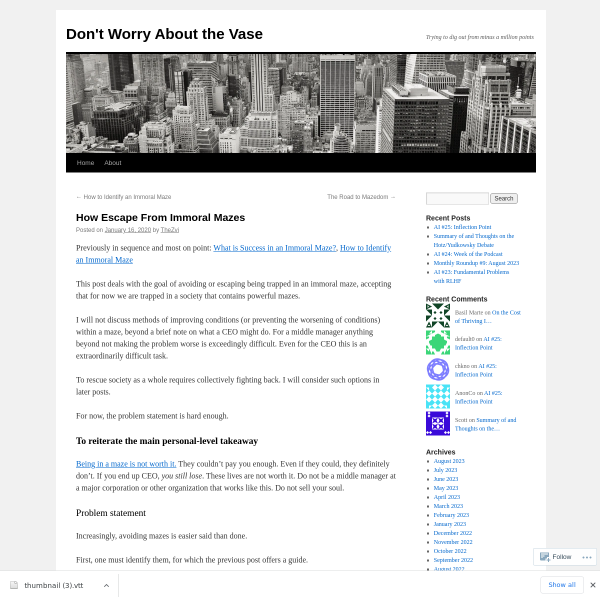 How Escape From Immoral Mazes

excerpt From the standpoint of public relations, the journalistic ideology closely resembles the social outlook of most college seniors—a vague but pious middle-class liberalism, a mildly critical stance toward their fathers in particular and authorities in general; a maudlin championship of the poor and the underclass; and especially the doctrine of tolerance, open-mindedness, and balance. In fact, public relations people feel, the news media are also constructing reality. They are always looking for a “fresh” and exciting angle; they have an unerring instinct for the sentimental that expresses itself in a preference for “human interest” rather than substance; and they arrange facts in a way that purports to convey “truth,” but is in fact simply another story. In reality, news is entertainment. And, despite the public’s acceptance of journalistic ideologies, most of the public watch or read news not to be informed or to learn the “truth,” but precisely to be entertained. There is no intrinsic reason, therefore, why the constructions of reality by public relations specialists should be thought of as any different from those of any group in the business of telling stories to the public. on 2/7/2020, 9:22:45 PM