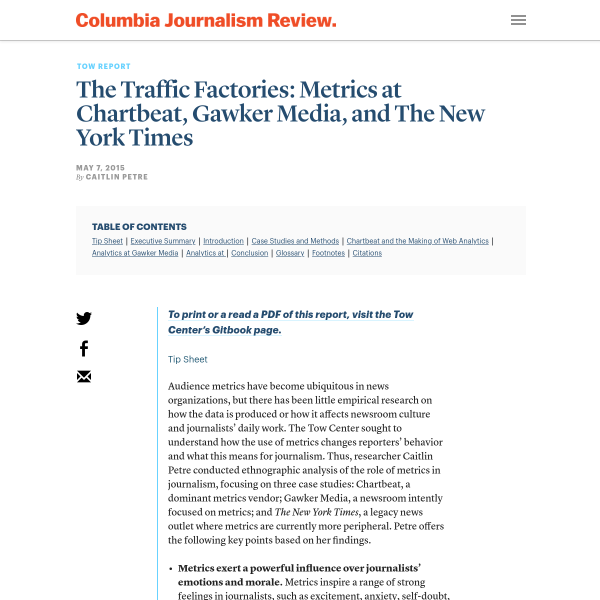 The Traffic Factories: Metrics at Chartbeat, Gawker Media, and The New York Times

excerpt In a 2010 New Yorker profile, founder and CEO of Gawker Media Nick Denton argued, “probably the biggest change in Internet media isn’t the immediacy of it, or the low costs, but the measurability.” on 6/6/2019, 2:14:22 PM

excerpt Many online-only media companies, including Gawker, have dispensed with, or at least scaled back, the stylistic and ethical norms of twentieth-century journalistic professionalism, such as objectivity, nonpartisanship, and the prohibition on paying for scoops. They also tend to have a flatter organizational structure than legacy media organizations, such that writers face far less editorial oversight. on 6/6/2019, 6:50:44 PM