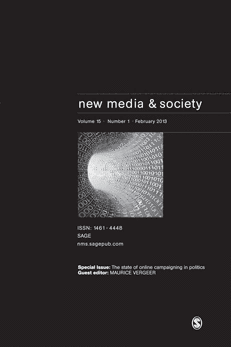 Journalism is twerking? How web analytics is changing the process of gatekeeping

abstract New communication technologies have allowed not only new ways in which the audience interacts with the news but also new ways in which journalists can monitor online audience behavior. Through new audience information systems, such as web analytics, the influence of the audience on the news construction process is increasing. This occurs as the journalistic field tries to survive a shrinking audience for news. In this study, I argue that how journalists conceive of the audience as a form of capital influences the extent to which journalists integrate audience feedback from web analytics in their news work. I developed this theoretical framework through case studies of three online newsrooms that included a total of 150 hours of observations and 30 respondent interviews. The findings showed the extent of influence of web analytics on traditional gatekeeping processes and on a new gatekeeping practice online, which I call the process of de-selection. on 6/14/2019, 3:57:09 PM

Quantified Audiences in News Production cites Journalism is twerking? How web analytics is changing the process of gatekeeping on 6/5/2019, 9:33:21 PM