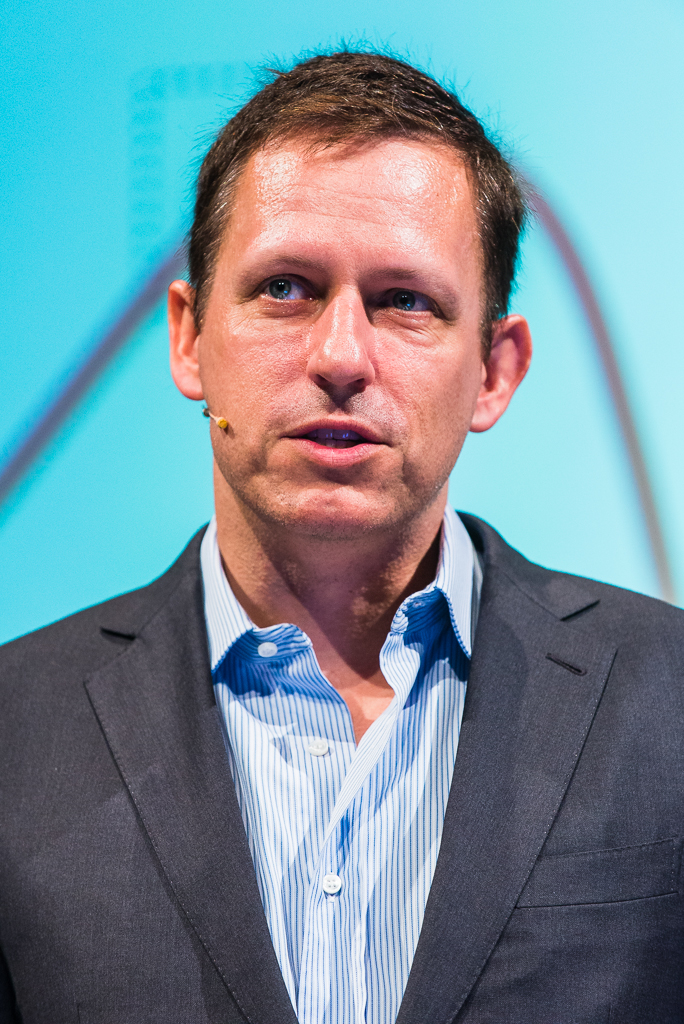 Peter Andreas Thiel (; born 11 October 1967) is a German-American billionaire entrepreneur and venture capitalist. A co-founder of PayPal, Palantir Technologies, and Founders Fund, he was the first outside investor in Facebook. He was ranked No. 4 on the Forbes Midas List of 2014, with a net worth of $2.2 billion, and No. 391 on the Forbes 400 in 2020, with a net worth of $2.1 billion. As of June 25, 2021, Thiel has an estimated net worth of US$7.24 billion and is ranked 385th on the Bloomberg Billionaires Index.Born in Frankfurt, he moved with his family to the United States as an infant. He spent a portion of his upbringing in Southern Africa before the family settled in California in 1977. He studied philosophy at Stanford University, graduating with a B.A. in 1989. He then earned his J.D. from Stanford Law School in 1992. After graduation, he worked as a judicial law clerk for Judge James Larry Edmondson of the U.S. Court of Appeals for the Eleventh Circuit, as a securities lawyer for Sullivan & Cromwell, as a speechwriter for former-U.S. Secretary of Education William Bennett, and as a derivatives trader at Credit Suisse. He founded Thiel Capital Management in 1996. He co-founded PayPal with Max Levchin and Luke Nosek in 1998, serving as chief executive officer until its sale to eBay in 2002 for $1.5 billion. After PayPal, he founded Clarium Capital, a global macro hedge fund based in San Francisco. In 2004, he launched Palantir Technologies, a big data analysis company, and served as its chairman through 2019. In 2005, he launched Founders Fund with PayPal partners Ken Howery and Luke Nosek. Earlier, Thiel became Facebook's first outside investor when he acquired a 10.2% stake for $500,000 in August 2004. He sold the majority of his shares in Facebook for over $1 billion in 2012, but remains on the board of directors. He co-founded Valar Ventures in 2010; co-founded Mithril Capital, serving as investment committee chair, in 2012; and served as a part-time partner at Y Combinator from 2015 to 2017.Through the Thiel Foundation, Thiel governs the grant-making bodies Breakout Labs and Thiel Fellowship, and funds nonprofit research into artificial intelligence, life extension, and seasteading. In 2016, Thiel confirmed that he had funded Hulk Hogan in the Bollea v. Gawker lawsuit because Gawker had previously outed him as gay. The lawsuit eventually bankrupted Gawker. A co-founder of The Stanford Review, he is a conservative libertarian who is critical of high government spending, high debt levels, and foreign wars. He has donated to over 50 political figures on the American Right, including Donald Trump and Meg Whitman. He also maintains a political action committee, Free Forever.

the challenge is to find a way between the Scylla of outdated wisdom and the Charybdis of nihilistic cleverness authored-by Peter Thiel on 5/26/2019, 3:45:25 PM